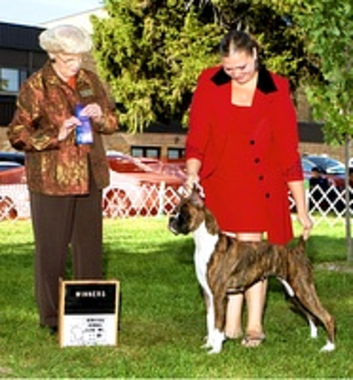 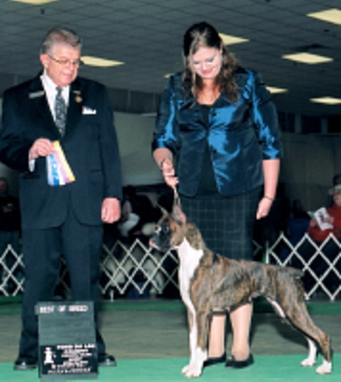 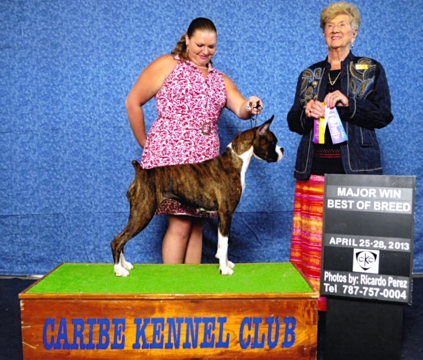 7/8/10 BOW BF at The UKC Premeir in Richmond, iN under Judge Ann Hearn 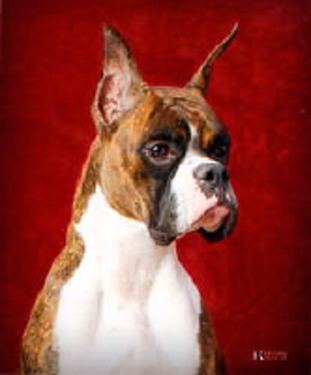 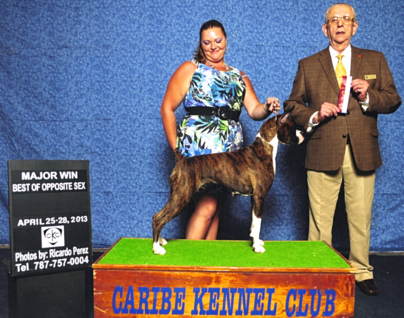 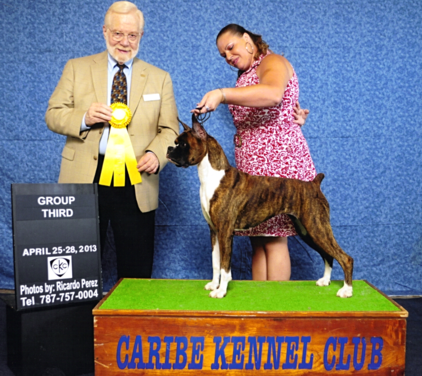 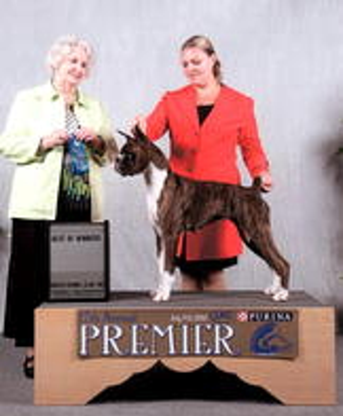 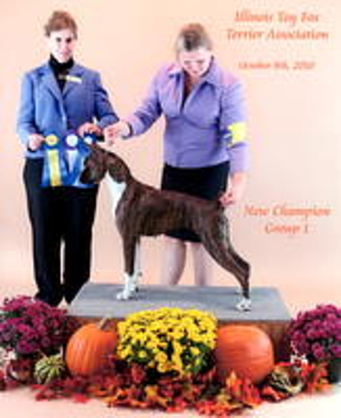 Gracie was bred by Charron Boxers, Michelle Cramblett, and co-owned with Micah Watkins of Tower City, PA.  Gracie is a beautiful dark brindle girl with a short back and beautiful neck.  She loves to play and witl never quit chasing a ball as long as there is someone willing to throw it.  Gracie is a great cuddle bug and a loving companion.  Gracie has produced a litter of very promising pups to watch in the ring. 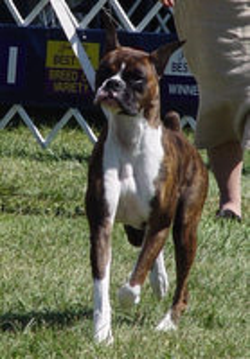 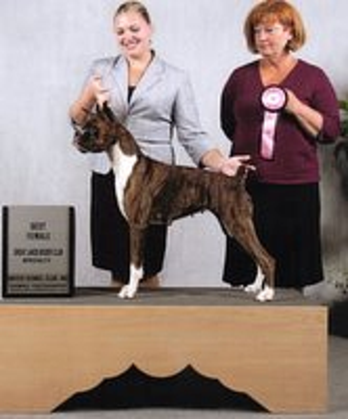 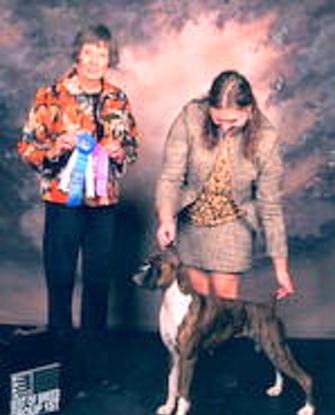 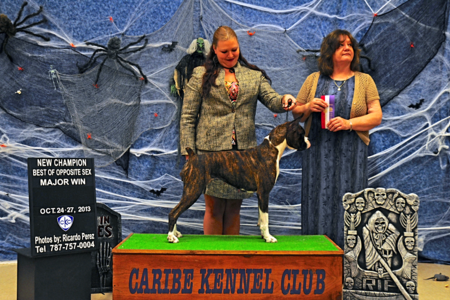 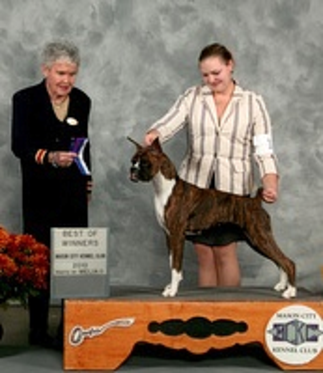 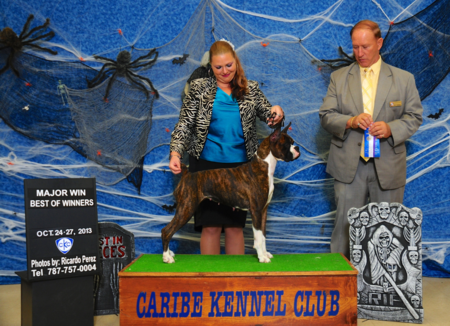